Not a simple issue.

As discussed in my previous post, each type of jammer brings drawbacks and limitations to airport operations.

Let’s dive into these issues:

When it comes to jamming, the most crucial factor is power. Quite simply, if the signal from the pilot and the GPS is strong enough so that the drone can demodulate and decode them despite the noise from the jammer, jamming will be ineffective. Any fixed omnidirectional and directional jammer will presumably be positioned on the airfield, and the rogue drone pilot will likely be outside the airfield boundary. If the drone is flown within the airfield perimeter, the signal strength from the pilot will degrade with increasing distance and conversely, the effect of the jamming signal on the drone will increase as the drone gets closer. As such, in theory, how well jamming will work depends on the location of the jammer with the real estate of the covered area, assuming a clear line of sight. But as we’ve discussed, any equipment operating on those four relevant frequencies will suffer interference. 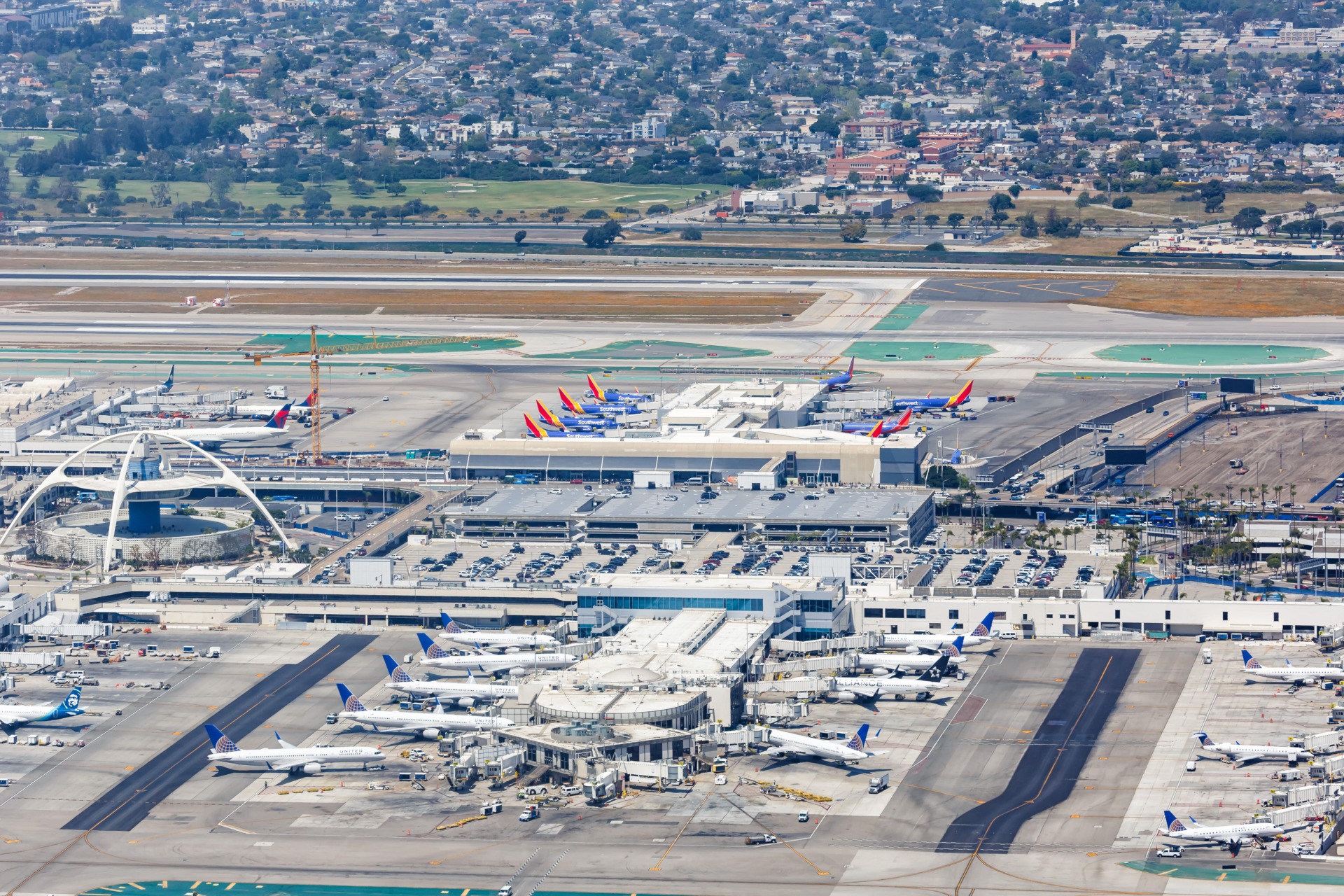 Airports can be sprawling with large and often oddly shaped boundaries. Therefore, when using fixed jammers (omnidirectional and directional), you may need multiple jammers to cover the airport’s real estate. (This is true of all solutions, as they have a specific range, but some are more effective as they can use other means. Most airports – particularly large ones – may need more than one system to cover the protected area properly.)

Another option is to use targeting jammers to complement fixed jammers and cover dead spots, or, alternatively, have them as the only jamming option and employ a qualified and authorized security or police quick reaction force (QRF). This poses problems due to the configuration of an airport with its runways, taxiways, aprons, peritracks and access roads. Given the power required to successfully jam a drone, combined with the sheer size of the airport, it’s likely that the security/police QRF will have to crisscross the airport as they attempt to get into position to fire the jammer. What complicates this is that the drone flightpath will be unpredictable, and therefore the jammer operator will have to point and shoot at the drone (once they get close enough), regardless of the angle. Handheld targeting jammers are not like lasers with a pinpoint beam. They emit a cone of RF energy, which can range from approximately 40° to 90°, and will affect other equipment within that cone. An airport will generally not be able to keep operations running when a human with a jammer gun is pointing high-power RF energy wherever needed to mitigate the threat.

One aspect which is often overlooked is the approach and departure flightpaths to and from an airport. Some reports indicate there are more Airprox Reports submitted by pilots for near misses with drones than there are drone breaches of the airport boundary. Given that commercial aircraft fly at heights and speeds where rogue drones are ineffective, many near misses would occur at the most dangerous point of an aircraft’s entire flight profile, the take-off and climb and the approach to land. While airport security staff may determine they are only responsible for what is inside the airport boundary, the reality is that air traffic control is responsible for the approach flightpath, the departure flight path, and the airspace leading to and from them. However, the nefarious or careless drone pilot may actually be inclined to position a drone directly underneath or just to one side of the flightpath, to take a picture, video, or worse, a hostile interception, and that could be many kilometers from the airport boundary. When an airport is allowed to use a directional jammer, it may jam communications and other operations in a public area with businesses and homes underneath the flightpath. A better and safer option would be to deploy a police QRF with a targeting jammer. However, the coordination and logistics of negotiating streets, private land and the public while attempting to track a drone and get into position to stop it, make this tougher than it is on an airfield.

Jamming does not take over control of the drone. It merely negates the control of the pilot. A drone that loses its remote controller’s signal will generally commence an “emergency back-up plan,” which in most cases will be either returning home, hovering in place, or landing on the spot. In amateur drones, it may be programmed to do other types of actions. Either way, if the pilot loses control, and the jammer does not control the drone, the result is a drone that is controlled by nobody, which acts the way it was programmed to do (and not known by the jammer operator) and may pose a risk to air traffic or ground operations. In this situation, even if the pilot did not mean to cause any damage, and was going to withdraw from the protected area, it is out of control.

As we highlighted in the previous blog post, as effective as jammers can be, their operations are not so simple and straightforward at airports, particularly busy ones.

So, what happens when a drone is jammed? We’ll investigate it in my next blog.

Mark brings a vast amount of business and operational expertise, focusing on engaging with airports, critical national infrastructure, and those owning or managing estates and facilities, where the threat from drones/UAS poses a real risk. Mark delivers high quality and reliability to D-Fend’s customers and partners, educating the market about the need for the most advanced solution for safer airspace.