Seven members of a gang that used drones to fly a large volume of drugs into prisons in the UK were jailed in 2018. The gang was responsible for a whopping 55 drone deliveries into prisons around the country between April 2016 and June 2017.

Drones have been used worldwide since then to smuggle deadly weapons and mobile phones into prisons.

JAILS AND JAMMERS MAY NOT MIX

Radars often have trouble differentiating between small drones and other flying objects during detection, and they are complicated to operate. Optic solutions generate false alarms and the problem with many acoustic solutions is that drones are becoming increasingly quiet.

Jamming-based solutions, or hybrid solutions featuring jammers for mitigation, emit large amounts of energy to block drones’ controller signals and render them largely unable to function properly. This is not the optimal solution for prisons, because jammers affect other radio communications, which would hamper the communication between guards and the prison administration.

Some prisons today utilize drones to monitor the prison grounds and work performed by inmates. Conventional solutions, however, may be unable to perform “friend and foe” functions to distinguish between authorized and unauthorized drones.

Kinetic counter-drone solutions, which involve shooting down the unmanned aerial system (UAS), may also be too risky in crowded situations. What goes up must come down, and the projectile, falling drone, or debris that is created from shooting a drone, could injure guards or prisoners.

EnforceAir, D-Fend Solutions’ flagship solution, features proven and future-proof technology that detects unauthorized or rogue drones, identifies them and then automatically takes control over the drones and lands them in a safe, designated area. Authorized drones remain fully operational and unaffected.

An alert zone can be set on the outer perimeter of the prison, with multiple protection zones blanketing the surrounding areas.

D-Fend’s proven and trusted solution can also provide prison authorities with crucial data – such as the drone take-off position and pilot remote control location. This can help police apprehend the perpetrators and prevent future intrusions. Our solution can integrate with other command and control solutions and law enforcement systems, so that relevant guards and personnel are equipped with real-time information regarding at-risk areas/outposts and emergency units can prepare accordingly.

EnforceAir provides the ultimate in operational agility and flexibility, as its core elements can be easily transferred, mounted and configured within minutes, enabling prison personnel to go anywhere at any time. This includes a vehicle installation and ground- or high-altitude deployment. EnforceAir is relatively light-weight, compact and can be carried by prison staff.

Its intuitive graphical user interface and rugged tablet are intuitive and easy to use, and do not require a technical background. 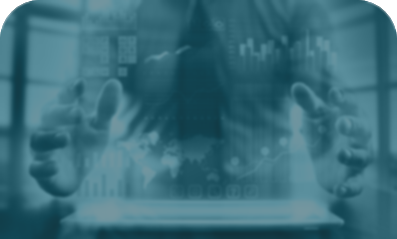 EnforceAir in Action Prisons in Spain