After blogging about the attempted drone attack on electrical infrastructure in Pennsylvania, I want to turn my attention to another major incident that has the media buzzing (sorry, I couldn’t resist). Aside from the shock value, there are two valuable lessons for organizations considering counter-drone solutions.

In the aftermath of the attack, David Hambling, aerospace and defense contributor to Forbes, spoke with Zak Kallenborn from the National Consortium for the Study of Terrorism and Responses to Terrorism in Maryland.

“The attempted assassination is quite expected, in that drones are a rapidly growing tool of terrorism,” said Kallenborn.

“Kallenborn notes that drones are favored because they can easily bypass the concrete walls and fences that surround high-value targets such as the Green Zone, allowing terrorists to strike places that are otherwise inaccessible,” according to Hambling.

D-Fend Solutions constantly updates our drone incident tracker, so that you can stay up to date with drone disruptions and incidents around the world. 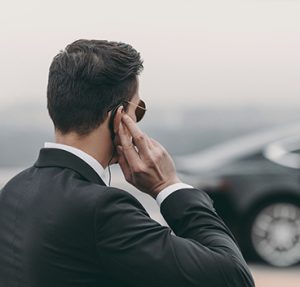 Lesson 2: Governments and organizations should focus on countering the most dangerous drones.

Spokesman Maan explained that “only two armed drones were involved in the assassination attempt and that they had been launched from around 12km northeast of Baghdad.”

Unsurprisingly, Kadhimi was attacked by drones that can fly long distances (at least 12 kilometers in this case) and carry a relatively heavy payload.

Not all drones pose an equal actual threat. It is not productive to disproportionally invest in detecting and mitigating smaller, toy-type drones that cannot travel long distances, carry heavy payloads or even travel outside of their Wi-Fi range.

Meryl Dzikansky is a marketing communications specialist at D-Fend Solutions with a strong analytical and communication background. While closely monitoring drone incidents throughout the world, she focuses on creative thinking, branding, and effective content.