A few years ago, it became clear that the coordination and management of unmanned aircraft systems (UAS) – or drones – was an important and critical step towards continued airspace safety. That’s when the UAS traffic management (UTM) concept was introduced.

“UTM is a ‘traffic management’ ecosystem for uncontrolled operations that is separate from, but complementary to, the FAA’s Air Traffic Management (ATM) system.” 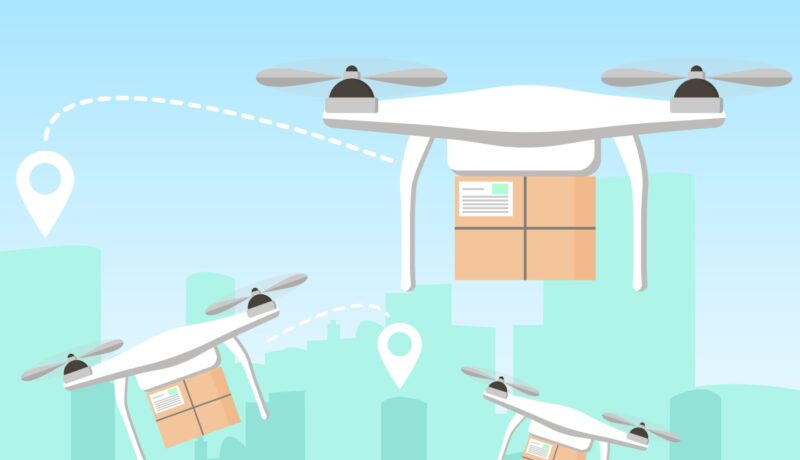 UTM presents frameworks for coordination between unmanned aerial traffic and other aerial users. It manages airspace usage. However, it does not have the ability by itself to stop a ‘bad actor,’ or manage an uncooperative drone operator. While UTM is developed for safer airspace “traffic” operations, it must rely on various mechanisms and technologies to stop nefarious and unauthorized drones. Counter-drone technology can play a positive role in addressing this challenge.

Integrating UTM and a counter-drone solution

UTM frameworks and policies are being developed by government agencies. As the FAA explains, “UTM is how airspace will be managed to enable multiple drone operations conducted beyond visual line-of-sight (BVLOS), where air traffic services are not provided.” UTM is envisioned as a highly automated system that will be able to coordinate safe operations with UAS operators on an ongoing, efficient basis.

Integrating suitable counter-drone solutions with UTM could expand the ability to recognize and identify unauthorized drones and avoid collateral damage or interference with other communications systems. Once a drone is not recognized as authorized, or is not easily identifiable, an advanced counter-drone system could help mitigate the risk. Such counter-drone systems could also expand identification capabilities, by enabling the exchange of information between the systems.

In 2021, D-Fend Solutions’ EnforceAir solution was integrated with the AMC Portal’s UTM system in Croatia, enhancing safety and security around the airport. EnforceAir can optimize the benefits of UTM services with detection, identification, and mitigation of unauthorized drone flights. Integrating EnforceAir with their UTM system expanded their ability to respond to unauthorized drones with mitigation and take over options. AMC Portal understood the need to expand its drone capabilities given the European Union regulations that define a set of specific services and procedures designed to ensure safe and efficient access to airspace for drones (U-SPACE):

“One of the requirements for the provision of U-SPACE services in accordance with EU regulations in the field is the network identification service, which includes a real-time display of the position of drones with other data such as the altitude, heading, and other drone data.” (AMC Portal)

Both UTM and U-SPACE have some similar characteristics and purposes, and both could ultimately be integrated with C-UAS systems for safer airspace.

UTM continues to develop and evolve – as the FAA explains, “UTM capabilities will be implemented incrementally over the next several years.” The drone market similarly continues to evolve – more advanced, inexpensive drones are introduced around the world. An integrated counter-drone system can bring considerable benefits to UTM, expanding security and safety in a range of different environments.

With a future-ready counter-drone solution, like EnforceAir, UTMs can detect, identify, and if necessary, mitigate a range of authorized UAS models and features, applications, and technologies, while reducing the potential for disruption from unauthorized drones.

Dror is the Sales Director for D-Fend’s Western European and LatAm markets, bringing 20 years of vast experience in the hi-tech industry. Dror has a successful track record of achievements in international sales and business development around the world, leading multifaceted processes in different markets, such as defense, government, and telecom.