Drone Threats in the Country of the Future

I was born and grew up in Brazil. Back then, there was so much hope, and Brazil was often called “The Country of the Future.” (Even though this hopeful expression came from a book that was written and published during World War II…) Brazil is such a beautiful, big country, with amazing nature spots that will take your breath away, such as the Amazon Rainforest, the Iguazu Falls in the South, the Sugarloaf Mountain in Rio de Janeiro, and more.

As we get closer to the country’s upcoming general election (October 2022), certain security challenges persist.

Wait, wait – how is this blog post about Brazil relevant here?

Are you wondering, why I am talking about Brazil and its upcoming election in a blog post that should be related to drones, incidents, and counter-drone solutions?

On June 15, a major drone incident took place in Uberlandia, a city in the state of Minas Gerais, in the center of the country, where one of the Presidential candidates from the Workers’ Party was holding a pre-election event to support a candidate from the Social Democratic Party for the state’s governorship. In the beginning, attendees and supporters thought th 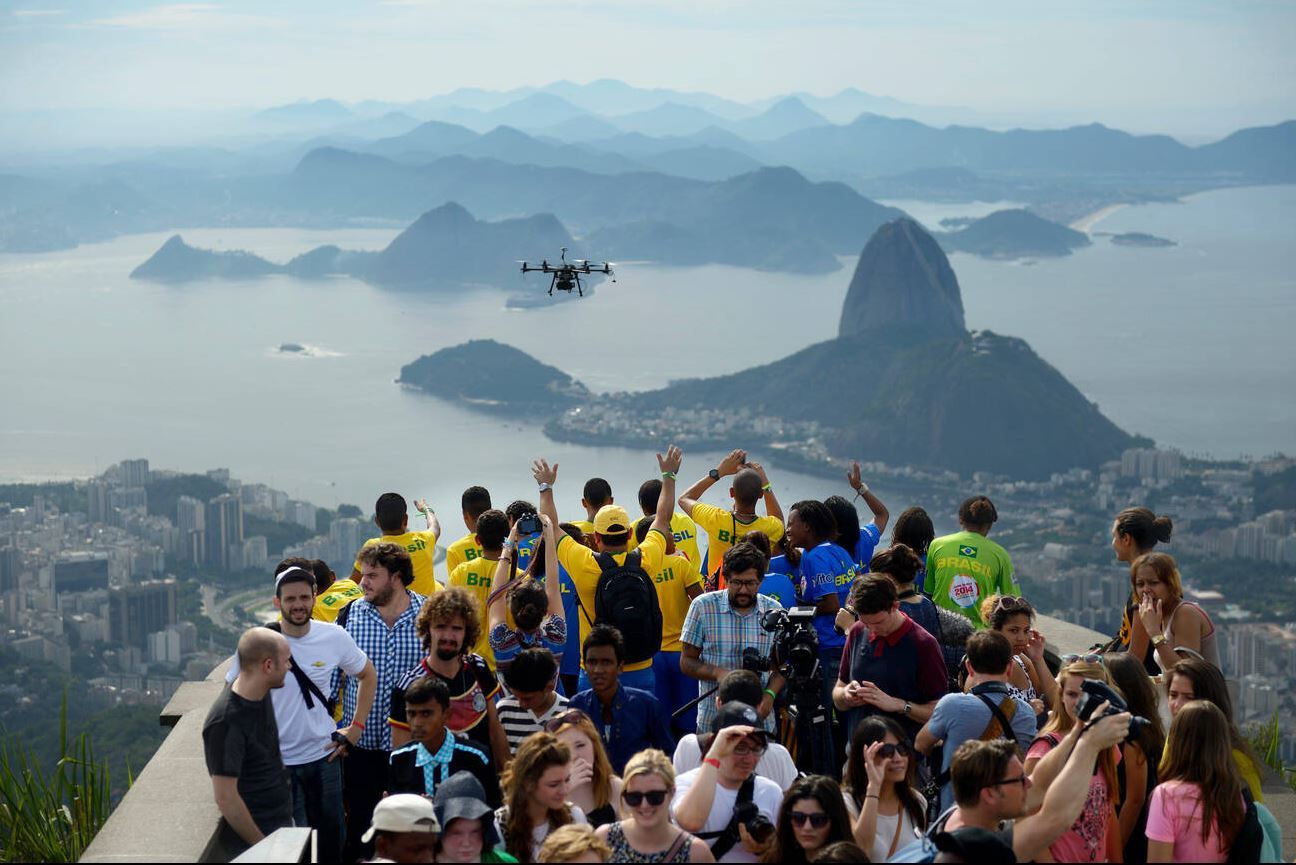 e drone was part of the event, filming and taking pictures… until the drone started to drop some foul-smelling and putrid poisonous chemical liquids over the public. More than two liters of the liquid payload was released on the crowd.

Until now, the majority of major incidents in Brazil involved contraband of drugs, money, cell phones and more, into jails and prisons. But this attack shows the actual danger of rogue drones at public, VIP events. There have been quite a few of these around the world, including in India, France, USA, Sweden, etc. Some are just harassment or surveillance, and some are more dangerous, actual attacks against a political or famous person. This attack in Brazil highlights how government agencies, including military and federal and state law enforcement units, must take into consideration the significant risk of rogue, nefarious drones during these events and gatherings.

Authorized drones during VIP events are obviously acceptable and beneficial – in fact, the crowd during this incident thought the drone was part of the event, as VIP protection units may utilize drones to monitor the area to make sure there are no other hazards during the event.  Therefore, it is important to not only be able to distinguish between authorized and unauthorized drones but also to allow the authorized ones to continue operations while detecting and mitigating rogue drones.

In addition, countermeasures against rogue drones during these types of gatherings require the ability to easily deploy and move the counter-drone solution. In Brazil, as the many candidates for the upcoming elections are hosting conventions and meetings around the country, being able to quickly set up a counter-drone system for protection is necessary, to provide safety and security in the right space at the right time. But this is true everywhere else as well, as events – whether with VIPs, well-known executives, or famous actors and musicians – can be vulnerable to serious drone incidents.

Flexibility in the operational deployments of counter-drone solutions is necessary to address different environments, scenarios, situations, and requirements. This flexibility involves multiple elements:

Adoption of proper counter-drone solutions that can allow for continuity, without interrupting any event or gathering could help Brazil fulfill its “Country of the Future” vision.

Sandra Welfeld is the Marketing Content and Communications Lead at D-Fend Solutions. A senior marketing executive with strong passion for all things content, Sandra brings vast experience in B2B marketing, while focusing on translating the “tech” into marketing, whether in blog posts, brochures, or social media.