Homepage > D-Fend Solutions Blog > How Will Your Airport Respond to FAA’s Latest CertAlert?

How Will Your Airport Respond to FAA’s Latest CertAlert?

The Federal Aviation Administration (FAA) recently released a Part 139 CertAlert informing Part 139 airport operators that airport emergency plans (AEP) should include instructions for responding to unauthorized unmanned aircraft system (UAS) operations in the airport environment. In addition, the FAA stated that airports must coordinate with their assigned inspectors to develop these response plans, with a deadline of no later than September 30, 2022.

It seems the Administration’s counter-UAS efforts are in full force as this CertAlert release comes shortly after the announcement that five airports were selected to test and evaluate unmanned aircraft detection and mitigation systems during 2023. Additionally, in parallel to FAA’s efforts, the Transportation Security Administration (TSA) publicized its own testing of counter-drone technologies at MIA and LAX airports. 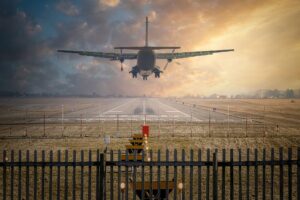 Following the Gatwick incident (the first time a major airport was shut down by drones), TSA was designated as the lead federal agency and tasked with drafting local tactical response plans (TRPs) for each Part 139 airport. These response plans outline TSA’s airport-specific preparation and response measures to address malicious UAS activity at airports. However, the U.S. jurisdictional and regulatory complexities associated with responding to unauthorized UAS operations place airport operators in a tricky spot.

Where does the FAA come into play? FAA’s latest CertAlert does not include a template or provide any guidelines on what should be included in the response plans. Is this the Administration’s way of asking airports for guidelines, instead of giving them? Maybe this is an opportunity for airport operators to be innovative by including the required response procedures AND identifying technologies that can help them mitigate the risk.

Will the FAA be receptive to your attempts at compliance? We will find out exactly a year from now, but you don’t have to work alone. D-Fend Solutions possesses extensive experience advising airports on how to cope with a multitude of rogue drone scenarios. Our multi-disciplinary team is closely studying this alert to anticipate its potential effects on U.S. airports and act as a trusted advisor to our clients. We continuously upgrade and improve our end-to-end anti-drone technology to benefit customers and comply with applicable rules and regulations.

Stay tuned for more updates to come, and until then – always keep in mind: